Hey all, hope everything is well for you. And I hope everything will get even better, if you have watched the videos and read the free report Mike Dillard from The Elevation Group released free for everyone, you may know what his team has done to predict the financial future. Things you can do to to profit from the economy, no matter what happens. And also few of their predictions. 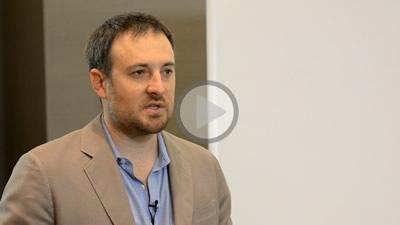 You can still watch this video and download the free report “The Common Man’s Guide To Predicting The Financial Future”. Just click here and signup.

The video talks about a lot of economic factors, lots of figures in the first minutes of the video to help you analyze and understand why the financial crash happened. The economy is bad for sure but it’s going to be worse.

Actually, governments, politicians don’t have a clue about economy and finance it seems. Plus since every major economy are interlinked, when one goes down… it pulls the other down too.

I’ve seen the impressive figures in the graphs Mike Dillard shares. That’s kind of scary, I didn’t really realize that. Thingsl ike the global debt was something like 44 trillions of dollars, 15 trillions for the USA alone.

So the growth as we expect will not occur really, except in few niches such as bio-technology. One point they made was the lack of resources that we’re going to face.

Most economies depend on oil. We need it for resources such as food from where it’s produced to your plate. Production, transport, etc. But the thing is oil production declines, and new oil discoveries too (over 9% per year!). Water is going to be a problem too. The global population is increasing tremendously, that means more food, more water, more resources are needed.

To cope with this more money is simply printed and flooded into the market. What happens is the devaluation of the currency, which leads to hyperinflation.

This will happen again.

The financial advisors give their predictions for 2012 which are very interesting (it starts at about 40 minutes).

The free report is the supplement for this first video and it will give you everything you need to know too. It’s packed with all the infos you’ve heard in the news and historical datas and graphs. It’s a really great report, very well written and eye opening. Read it.

I’ve also receive another email by Mike to watch another video which receives tons of great comments, but haven’t watched it yet. Anyway, the content delivered by The Elevation Group team is very solid and though ti’s not about internet marketing it is still of the highest importance. For your money, life, family.

Video 2 will be released on December 8th and this is where the real meat starts, with speakers of choice that you shouldn’t miss. I won’t tell you more about it. You’ll have to be there, that’s it.

So if you haven’t done so, get your videos and report.